In 2013, first Fashion LIVE! kicked off the largest fashion event in Slovakia, bringing both domestic and foreign designers to the watchful public. Event met with resounding success and in 2014 it attracted over 7 000 visitors during 3 days packed with fashion: shows, workshops and showrooms exhibiting various fashion brands.

With growing acclaim, Fashion LIVE! won its place in the international calendar of fashion weeks.

Each year, a new key visual material for the event is developed and then used throughout the year. Our task was to create a website. Sounds simple enough, but this was to be a website which would adapt each year to reflect the changes in key visual, yet would not require to rebuilt the web from scratch each time.

So we gave them one.

To create a platform that would work equally well across all devices, we drew upon the fashion design aesthetics, but we ditched the unnecessary ornamentation in favor of function. Core elements are typography and large photos. Instead of traditional white background color we use light cream-colored shades, which go well with the typography and colors used to divide the space and create contrast. 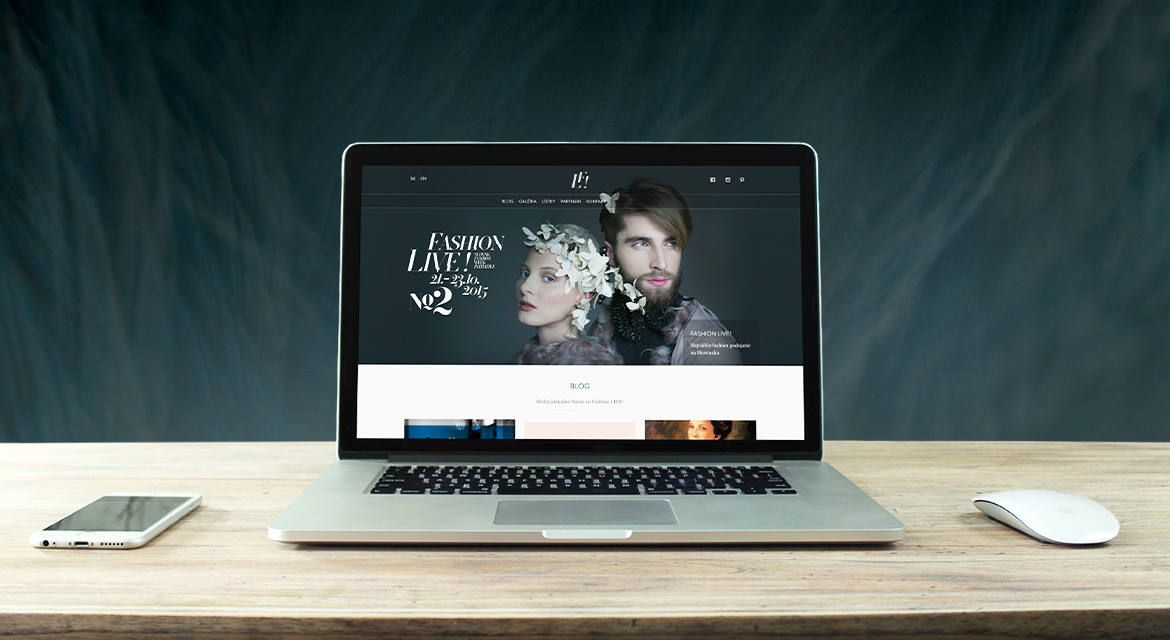 With regards to typography, we employed the geometric Brandon Grotesque sans-serif font in the headings and supplemented it with serif typeface Georgia in remaining texts. However, there was more. Even though the Fashion LIVE! brand manual only defined use of text as far as subtitles and body, for the website we also added hierarchical parts, such as first- or second-level subheadings, captions etc.

All in all, the result speaks for itself. We have managed to create a worthy domain for the Slovak Fashion LIVE! that will keep changing with each new season and new collections gracing the catwalks.