The National Coordination Centre for Resolving the Issues of Violence against Children was established in 2014 as an establishment of the Ministry of Labour, Social Affairs and Family of the Slovak Republic. The main task of the “Detstvo bez násilia” (Childhood Without Violence) project is to make the issue of violence against children visible in the eyes of the public and provide information about the possibilities for help.

Violence against children is a topic which isn’t easy to speak about. This doesn’t mean that we should avoid talking about it – quite the opposite. “Detstvo bez násilia” was meant to be focused directly on children for the first time, and not on adults as it was in previous years. But how should the topic be communicated to a very specific target group of 6-12 year old children who are directly affected by violence? That was up to us..

We knew that the solution we were going to create had to be simple and visually attractive enough to hold the interest of younger children, but also engaging and advanced enough to reach older ones as well. 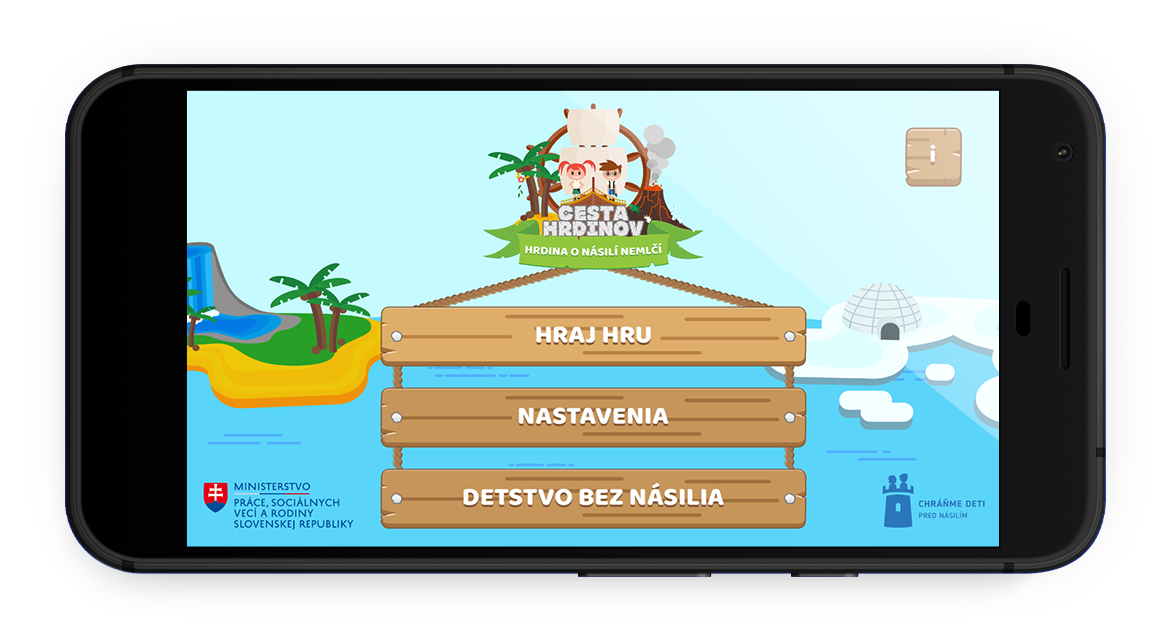 We created a mobile application – to be more accurate, a game. In this game, children are placed in the role of heroes who experience violence, do not get scared and instead decide to fight against it. But without violence. The idea – that the hero is someone who isn’t silent about violence – was the main idea of the campaign which accompanied the game.

Throughout the campaign, we encouraged children to talk about their experiences openly and become these heroes themselves. The campaign was covered by two hashtags #tosanerobi (that’s just not done) #tosapovie (that will be said) which taught children to recognize violence and motivate them to act against it.

The game “Cesta hrdinov” (The Journey of Heroes) allows children to choose their hero, and they subsequently travel throughout islands where they meet and become familiar with different types of violence in the form of mini-games. The player should always defeat the bad island leader who is violent towards the native children. 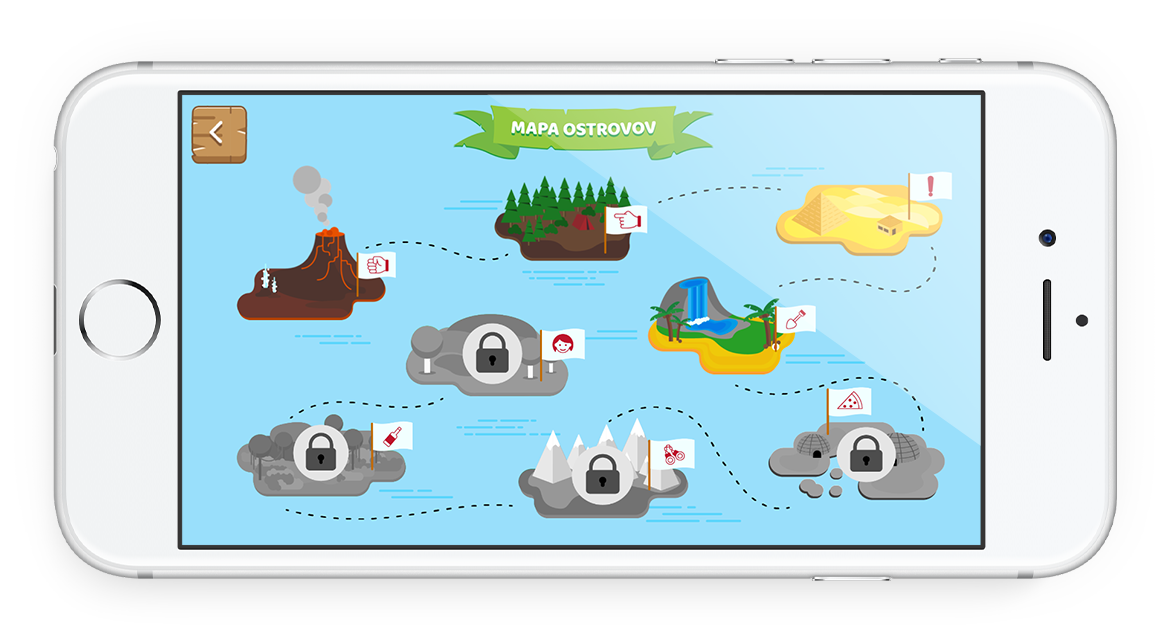 This way, children learn what is considered violence and what its consequences are in an interactive and compelling way. But we also stress what does not constitute violence. For example, short mini-games teach children that it is for their own good if they need to undergo a painful medical examination.

We were also thinking about the options for children to contact a competent authority at any time and ask for help while playing. As talking about violence is not easy, we had to make it as simple as possible for the children. Therefore, they can choose from 3 options: by phone, chat or via a form.

We used several basic game mechanics for the game, but we also added some interesting pieces such as powering the sails of a boat by blowing into the microphone or pumping blood into the veins of the hand with the gyroscope built in to a smartphone or tablet.

We successfully managed to promote this difficult topic to the target group in a form that is not only appropriate, but also engaging and interesting. You can download the game “Cesta hrdinov: Hrdina o násilí nemlčí” (The Journey of Heroes: A Hero is Never Silent about Violence) on the App Store and Google Play.

THE JOURNEY OF HEROES - Mobile app