Curaprox ranks among the leaders in the Slovak dental hygiene market. Naturally, this brings not only the responsibility to uphold the position but also to develop it further. And we were given the opportunity to push the brand forward.

For CURAPROX, one of the most important promotional and sales events of the year is the so-called „Week of fresh breath“. Every year, this event serves to develop relationships with dentists and dental hygienists and focuses on education and sampling of a particular Curaprox product.

In 2015, the focus was on interdental brushes. Important – but little known and used product. Further complicating our task was the fact that bad breath isn’t exactly a topic joyfully discussed over Sunday brunch and any talk about it is awkard at best.

We realized that if we are to create a successful campaign, we need to rethink the original brief somewhat.

So we have established these premises:

While the past years of the Week of fresh breath mostly focused on dentists and dental hygienists, we asked ourselves: How many people can an average dentist reach in a week? Well, obviously not enough. That’s why we decided to bring the campaign full-force beyond dental ambulances to all end-customers as well.

To really capture people’s attention, we also extended the topic from just interdental brushes to 5 crucial CURAPROX products and united them all under common umbrella promise: „5 products for healthy teeth and fresh breath for life“.

Lastly, while the campaign promise was attractive, we didn’t want to bury it under a discouraging language. Curaprox products and their customer approach are exceptional and we wished to bring it to as many people as possible. That’s why we opted for a humorous approach to get around the barriers of discussing teeth and bad breath and to trick people a little bit into consuming the campaign message.

This is how we put it all together:

The core of the campaign were 5 short and humorous videos. Each was dedicated to a particular flaw in dental care and, of course, its solution as provided by the approriate Curaprox product.

Each flaw was exemplified in a different character, whose very name pointed to the flaw. Mighty Mike thus demonstrated pushing too hard on your toothbrush, Lazy Linda showed the importance of using single brush, Lavish Liam was using way too much toothpaste, Washout Walt only used mouthwash instead of interdental brush and Shallow Suzy demonstrated benefits of using tongue scraper. 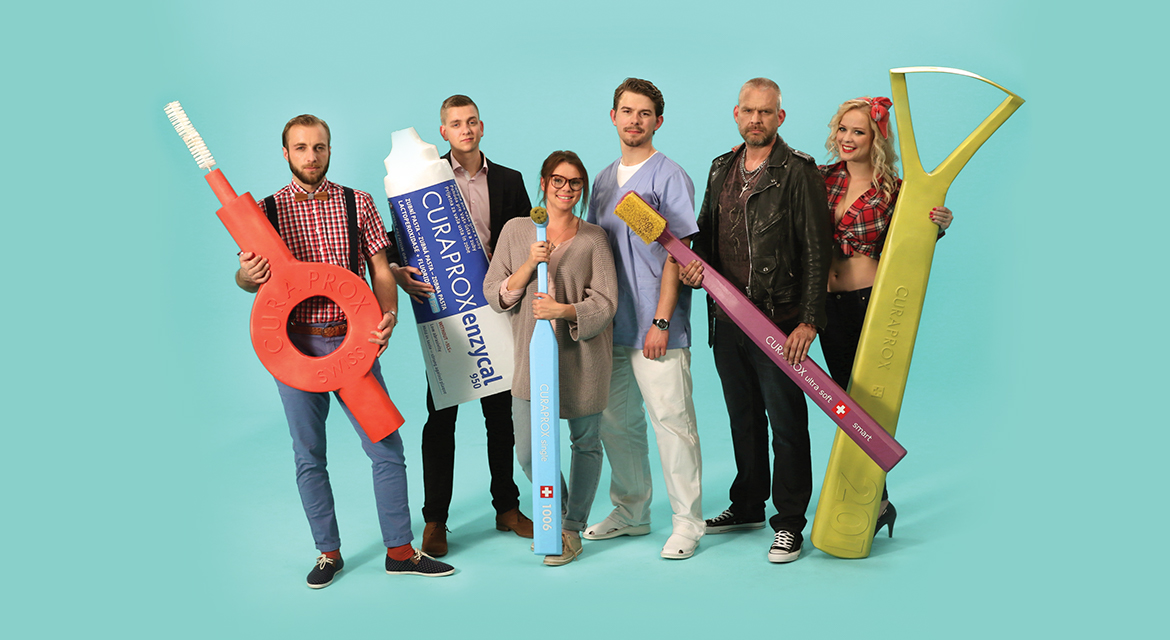 The trick was that the videos were so humorous people actually loved watching and sharing them, effectively bypassing the barriers of discussing such an awkward and sensitive topic.

These videos were then hosted on a microsite (which was the campaign hub) and promoted via Facebook, Instagram and YouTube, while we also extensively used newsletter and supplemented the reach via print media. 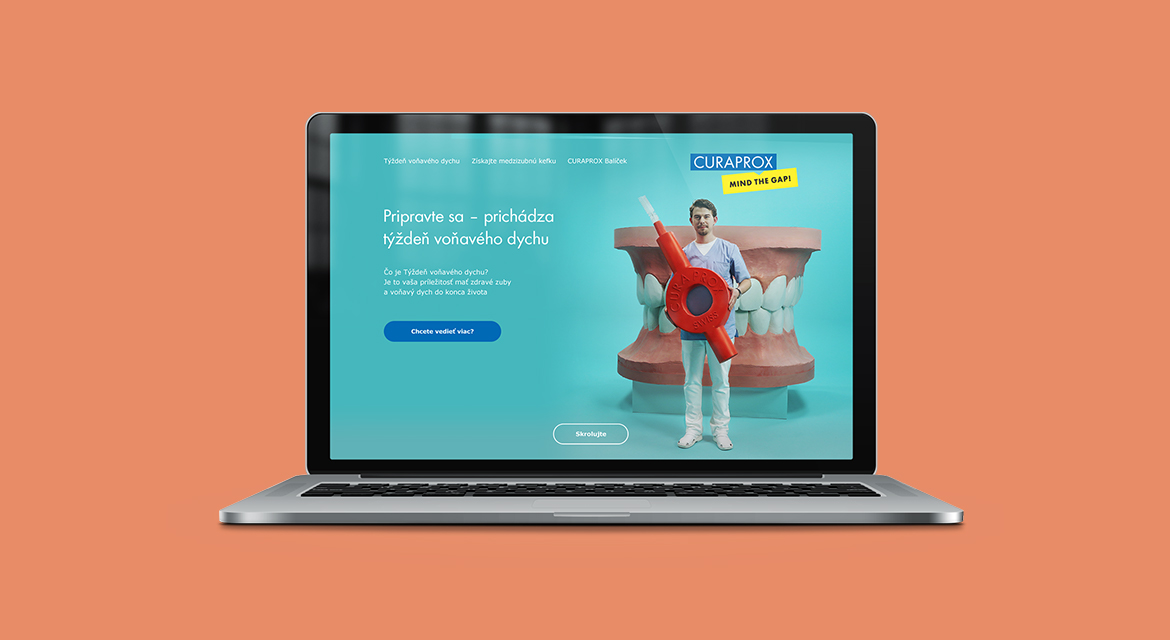 Facebook in particular was an important channel where much of the interaction took place. And people loved it. Each video was met by a great response and we were able to spread the message, support the campaign and further develop relationship and brand loyalty.

To capitalize upon this, we also offered a special Curaprox package with all 5 campaign products for sale on the microsite.

So – did we deliver?